Murphy was an artist who was a pioneer of the edgy, rocking style that now dominates modern country music. He developed his musical style as a teenager in Southern Illinois, studying the sounds of such “outlaw” country musicians as Waylon Jennings and Willie Nelson. Southern rock bands such as Lynyrd Skynyrd, The Allman Brothers and Z.Z. Top, also deeply influenced his musical style.

He moved to Nashville, Tennessee, in 1983 seeking a successful career in country music. Arriving in Nashville he was determined to fuse those influences into his own recording style. But when every label in town turned him down, he turned to writing songs for others and playing the honky-tonks of Middle Tennessee with his band.

With no record deals in sight, he concentrated on his songwriting, wanting to get better so he could write and record his own songs. He had a litlle band and his life for a few years was playing whereever he could and learning how to write songs.

Slowly, as he was getting known as a songwriter stars such as Reba McEntire to Dobie Gray began recording his songs.

Although he was spotted by GRAMMY-winning producer and MCA Nashville President Tony Brown a couple of years after moving to Nashville. It wasn’t until heard Murphy’s recording of a song 10 years later called “Just Once” and put it on the soundtrack of the 1994 rodeo movie 8 Seconds.  This led to the recording of Murphy’s debut album, 1995’s Out With a Bang. It yielded the massive hits “Party Crowd” and “Dust on the Bottle” and became a Gold Record.

Million-selling singer-songwriter David Lee Murphy had no plans to make a new record until a country superstar made them for him.
I’ve been friends and written songs with Kenny (Chesney) for years,” Murphy reflects. “I sent him some songs for one of his albums a couple of years ago, and he called me up. He goes, ‘Man, you need to be making a record. I could produce it with Buddy Cannon, and I think people would love it.’ It’s hard to say no to Kenny Chesney when he comes up with an idea like that.” 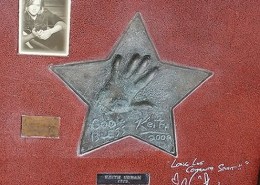 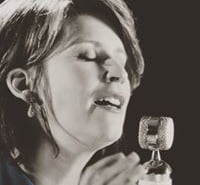